Finding ordinary items and transforming them and giving new life, game me the most satisfaction as an artist. 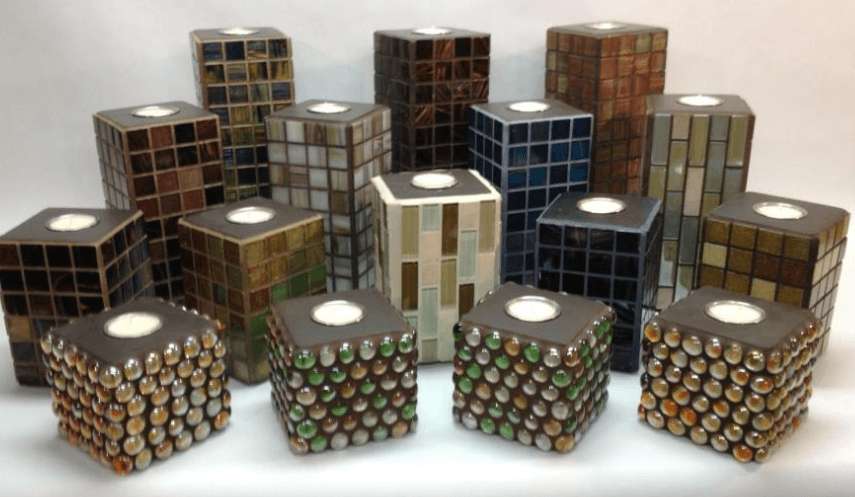 It seems that even from my youngest age I can remember being involved with some sort of draft.  My early years brought the usual crayon art that we begin to express ourselves with.  As I grew, so did my desire to try other mediums.  Clay, colored pencils, charcoal all became new interests.  Through the years I have seemed to dabble in all art forms.  My greatest pull came from producing art with a function.  Finding ordinary items and transforming them and giving new life, game me the most satisfaction as an artist.

I currently have found a home with my best pieces yet.  Mosaic Illuminations was born from home improvement leftovers.  After finishing a fence and backsplash project I was left with wood and tiles.  I looked at these extra pieces for many days knowing that I could make something from the over run.  I produced the first 3-tiered mosaic tea light set in April of 2011.  This was just something I made for my own use around the home.  It didn’t seem long till interested parties were inquiring about where I bought them.  Most wanted a set of their own.  Sure, I’ll make you a set, I uttered. Numerous sets later and many happy friends, I’m keeping the ball rolling with many different tiles and designs.